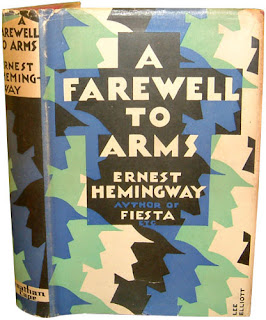 From Yellow to Blue

By the time I was about eleven or twelve years old, I had already read all the books with yellow YA (young adult) stickers on their spines that the little branch library on Kenmore Boulevard had to offer. Okay, maybe not all of them, but all of the good ones, anyway. Good, of course = those with intriguing pictures on the front and/or jacket summaries interesting enough for me to take the effort to check them out (what a huge responsibility those jacket blurb writers have!). I had always been a reader and a regular library patron. When I was very young, Mom used to take me once or twice a week, and we would check out enough books to fill two canvas bags. The library was small, though about half of it comprised the children’s section, so the selection was fairly large. Also, some books were so great that I checked them out more than once. Nevertheless, at a pace of twenty to forty books per week, a kid could go through those holdings much more quickly than expected.

So I graduated to the YA section. I read staples by Judy Blume, Cynthia Voigt, and Paul Zindel, a couple of series aimed at adolescent girls (Sweet Valley Twins and Baby-sitters Club come to mind), and some pretty bad mysteries (which, I’m convinced, turned me off of the genre for good). They were all okay, and I had such a hunger for reading that I didn’t really discriminate much. I just wanted to read. I don’t know if I really felt it at the time or if I’m projecting onto my memories, but I seem to recall a growing dissatisfaction with these books with the little, round yellow stickers. It wasn’t enough to make me stop reading, though. For some reason, boredom with the increasingly mundane and predictable stories didn’t stifle the urge, the almost physical need, to read. I knew I should probably advance to the adult section, where the round stickers were blue. I knew I had to move on, but I think I was a little scared, so I stuck to the YA section until I had read all the books with moderately interesting jackets or back covers.

One day, after returning a particularly disappointing batch of yellow-stickered books, I took a few steps to the right of the YA section into a small section of shelves labeled “Classics.” The books on these shelves looked different—no flashy covers, more dignified in some way. I stood there for a while, running my fingers along the spines of these plain-looking books with names of authors that felt strange on my tongue—Fitzgerald, Hawthorne, Steinbeck—feeling as if, at any moment, the librarian would walk over to me and steer me back to the YA section, where I belonged. These books looked heavier, and I was surprised when I took one off the shelf to realize it didn’t weigh more than the books I had been reading. I’m not really sure how I settled on A Farewell to Arms. I would guess it was a combination of several factors:

.......1. “Ernest Hemingway” just sounded like the name of a great writer (I had probably heard it somewhere before, though I wasn’t conscious of remembering it at the time).

.......2. The back cover blurb probably mentioned something about a beautiful love story during a time of war. The jacket blurb of the copy I have now promises “a story of a volunteer ambulance driver wounded on the Italian front, the beautiful British nurse with whom he falls in love, and their journey to find some small sanctuary in a world gone mad with war.” What adolescent girl could resist such a story?

.......3. I was growing increasingly nervous under what I thought were the disapproving gazes of adult patrons and library staff (though, admittedly, I had a wicked imagination when I was younger that no doubt created danger where was none in my boring, sheltered life). I just wanted to grab a book, hope they let me check it out, and get out of there.

It was summer, so I had all day to read. I remember feeling that, beyond the fact that I was reading an adult book, there was something different with this writing. Though it was written at least twenty years before most of the books I had been reading, and though it was set decades before during a war I knew little about, it somehow felt more real than the yellow-stickered books. I couldn’t put my finger on it—still can’t really—but as I read that book lying on the bed in my yellow (yes, yellow) bedroom, I felt like this was what I’d been searching for but had until now been unable to find in books. Page after page, I was drawn in through the language—simple enough on the surface for my adolescent mind to follow, but containing deeper meanings I’m sure I missed—and I got to know the characters, characters who were not predictable or flat. Though I certainly couldn’t have put it into words then, I think, in a way, I understood that this book had been crafted, like a piece of art. It wasn’t just the story (though the story did intrigue me) that made this a great book; it was the language, the deliberateness of every paragraph, every sentence, every word. This was certainly something new to a girl who had been reading books in series written by ghostwriters, books pumped out at an alarming pace.

There was something else that made this book different—no happy ending. I remember desperately turning the last page, looking for the rest of the story, tears running down my cheeks, crying aloud, “Wait, that can’t be how it ends! Books don’t end this way!” At first, I was angry. I had just invested two valuable summer days in this book—beautiful, sunny afternoons I could have spent in happy activities that wouldn’t make me cry—that didn’t end how it was supposed to end. I threw the book on my bedroom floor, cursing this Ernest Hemingway and vowing never to venture out of the security and happy (correct) endings of the YA books again. I didn’t read another book for a few days after that (my mother felt my head for a fever, this deviation in my routine causing her to think I must be seriously ill). I tried to forget about Catherine and Lieutenant Henry, but I couldn’t. And this frustrated me even more. After all, almost immediately after closing many of the books I’d read before, the characters disappeared from my mind, making room for those of the next book. They didn’t hang around, pestering me with thoughts like, “Hey, little girl, this is real life. Shitty things happen, and the boy and girl do not always live happily ever after.”

Although it would be a stretch to claim that reading A Farewell to Arms immediately propelled me into an adult (other factors of that time period, like entering junior high, reaching puberty, and the like certainly contributed), I think it was a pivotal experience for me. After my three-day long hiatus from reading, during which time I concluded that a book that could elicit such a strong reaction deserved better treatment than being thrown on the cluttered floor of an adolescent girl’s bedroom amidst muddy tennis shoes and Mad Libs, I returned to the library, dropped Hemingway (who had lived up to my initial assessment of his name) through the “Return Books Here” slot, and walked past the YA section over to the classics again, this time with a little less apprehension. I had read one of these books and survived, though the last few pages were now marked with my tears, so I felt as if I now had a right to be there. I don’t remember which book I chose that day, though I know it wasn’t another Hemingway—I wanted to see if it was just him or if other writers in this enigmatically named section could affect me so powerfully. I don’t remember because that summer started my voracious devouring of “classic” literature that would continue through junior high and high school and prompt me to declare English as my major in college.

I feel a little embarrassed to admit this, but though I’ve read many Hemingway novels in the twenty years since that first summer, several of them more than once, I have not reread A Farewell to Arms. I own a beautiful hardback edition, and I have told myself I really should read it again, but I think I’m afraid of sullying the memory of that first reading. What if I don’t like it this time? What if it doesn’t make me cry? I’ve returned to many books I read when I was younger, getting something different out of each reading, and I lived through these experiences just fine, better in fact, for being able to compare readings. But I have built up A Farewell to Arms so much in my memory that it feels like there is some danger of unraveling the very identity of my reader self if I return to it with all the knowledge of Hemingway’s biography and with comments of fellow graduate students who claim his writing is overrated and misogynistic as background noise. As a student of literature, particularly one who leans toward feminist theories, I can see their points and even, to some extent, agree with their assessments, wondering how I would feel about his novels if I approached them for the first time today. But a part of me remains oddly and fiercely loyal to the writer who brought me into the wondrous world of the little blue stickers.
Posted by Bob at 4:25 AM

Bob
I write short stories and essays. I have published over one hundred stories, essays, and flash fictions or nonfictions in magazines or anthologies, as well as a novel, Jack's Universe, and a collection of stories, Private Acts. I grew up in a military family, so I'm not from anywhere in particular except probably Akron, where I've lived for forty years. Before I came here, I never lived anywhere longer than three years.